I know I still have a long way to go on my K-pop journey, and am in no way claiming the authority necessary to even ask this question. But sometimes there’s music so compelling that the only way to express my feelings is with superlative. It’s shortsighted, and I’ve been burned on listicles before (because I live dangerously, apparently), but this is my current thought process. Sometimes I think I know which is number one, but then it changes. I do know better than to ask for input, unless the spiders have opinions, but if you’re reading this sometime in the future, let me know your take, and your top three. And don’t forget to like, comm– oh, right, spiders. … END_OF_DOCUMENT_TOKEN_TO_BE_REPLACED 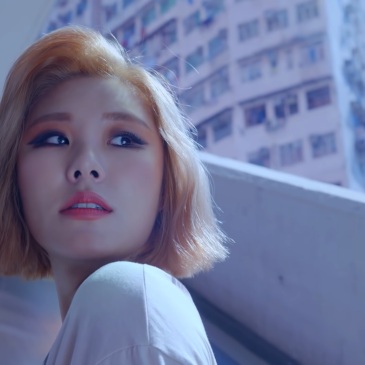 Mamamoo’s 2018 single “Wind Flower” is one of the best songs I’ve ever heard, and its corresponding video is a nice surprise, a Hong Kong-set mood piece with echoes of Wong Kar-wai. Although, my second thought watching the video was, “Is that true, or is it just the blue fluorescent in the noodle shop?” Maybe for Hong Kongers, Wong doesn’t solely define the city, but nevertheless, the four members of this group do their part in staring sadly across wide spaces and dancing in private. As this is the first real mention of Mamamoo on this site, I’ll introduce each member as they come and try to give you a sense of the group. … END_OF_DOCUMENT_TOKEN_TO_BE_REPLACED

There’s just something about Seulgi. She is, to me, the first K-pop idol — the one who first fascinated, with her bonkers off-stage persona and friendly, appealing demeanor. These, of course, are surface details, so what struck me with time was not only her deeper talents, but how much those talents clashed with the surface details. This is a bubbly idol girl and a woman who communicated to me that dance is an artform. You watch any given Red Velvet music video or see her on stage touring the world, and she’s so fierce and confident, and the second she steps off that stage she becomes clumsy, bubbly “Ddeulgi,” as the fans have called her. It’s something that still fascinates me, and I’d like to attempt to replicate it here, in images. … END_OF_DOCUMENT_TOKEN_TO_BE_REPLACED

This is a tough one. For me, Red Velvet has an almost spotless discography, a blunting effect on my critical thinking, because it’s always “Wow, this song is amazing,” and “Wow, this song is amazing.” Not only that, I haven’t thought about them in terms of albums, unlike other musical acts. Best Paramore album? Easy. Pound for pound, it’s Brand New Eyes. I think it’s just the time in my life I experienced these groups. As a kid, I was getting into music (late) while CDs were being phased out for MP3s, but I still had CDs, and I’m still burning CDs today because the aux jack in my car doesn’t work anymore. I only started listening to Red Velvet in 2019, and I use Apple Music, so from my perspective, Red Velvet is just a mass of songs which I discovered bit by bit and sorted into various playlists. This had the strange consequence of “headcanon,” where songs with no real relation to one another have a strong connection in my mind, like the sequence of “Ice Cream Cake,” “Russian Roulette,” and “Peek-a-Boo.” For whatever reason, that’s how that trilogy goes, despite that “Peek-a-Boo” predates “Russian Roulette.” … END_OF_DOCUMENT_TOKEN_TO_BE_REPLACED 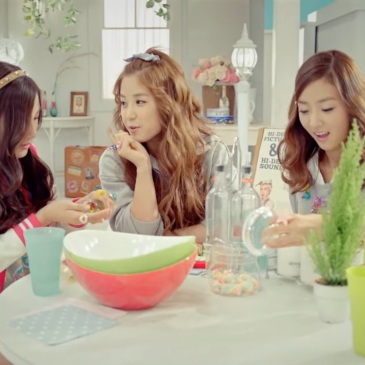 Today is the ten-year anniversary of Apink, one of my favorite K-pop groups. I don’t have anything big planned to commemorate such an achievement, but I have been working intermittently behind-the-scenes on a podcast episode dedicated to them, something like “Apink: A Musical Journey” or “The Art of Apink.” I don’t know, whatever sounds less dumb. But I don’t mind being dumb, because Apink makes for sometimes simple pleasures, with their easy, listenable sound. This is their overall character, “soft” or “cute,” so they lull you and when the surprises come, they hit hard. There’s the gradual “maturing” in tone they’ve developed in the past few years, with hits like “I’m So Sick” and “Eung Eung” — both excellent — but I don’t want to look at that as a change of style. I think it’s all one thing, that there’s a central driver behind songs as disparate in theme as “My My” and “Dumhdurum.” We’ll talk more in-depth about their artistry later. … END_OF_DOCUMENT_TOKEN_TO_BE_REPLACED

What did everyone think of Wendy’s solo debut? We have the video for her single “Like Water,” and a mini-album with — appropriately so — great B-sides, including a duet with Seulgi adorably titled “Best Friend.” It’s been a long, strange journey, but for Wendy, she’s arrived. After suffering an injury around Christmas 2019 during a rehearsal, she spent 2020 recuperating, and while Red Velvet fans (myself included) imagined that’s all she did, here she comes with another stunning SM production. The album itself Like Water may not have the sheer dynamism of the Iseul debut before it, cleaving entirely toward the Velvet concept — no wild synth here or colorful bubblegum — but it’s a long-awaited showcase for Wendy’s vocals. … END_OF_DOCUMENT_TOKEN_TO_BE_REPLACED

Still me, still trying to make sense of this — my feelings as we spiral toward the end of the United States. I just feel awful. I’ve been thinking about this all day. Barely got any sleep last night. There’s a lot of stressors in my life — like with everyone — but this has been the most vibrating needle in my eye, and that’s my fault. I made the mistake of reading as many news stories about it as I could, including from gossip site AllKpop. What I couldn’t stand about that one was how much people seemed to delight in the thought of Irene’s end. How do you even find out about someone like Irene and decide you don’t like her? There are K-pop groups I don’t really like, but I don’t even think about them. I wrote up that last post before I had a sense for people like that. … END_OF_DOCUMENT_TOKEN_TO_BE_REPLACED

Christ, a finger wag in word form. Words don’t have hips or hands to put on those hips, and yet, there they are: “My Statement on the Irene Situation.” Your reaction to that is my reaction to the whole thing. And what is the “whole thing,” even? How far does this frustration stretch back? To the beginning of cancel culture? To Tiger Woods on the television apologizing to you for his infidelity? I don’t want to be one of those people who gleefully “cancels” until the canceling becomes inconvenient. Donovan and I have spoken extensively on the subject on our podcast Questions: We Don’t Have Answers — inconclusively, as you might expect. But here’s a collision of cancel culture and idol culture that I need to untangle before I spontaneously combust. … END_OF_DOCUMENT_TOKEN_TO_BE_REPLACED

Today is my 27th birthday. But more importantly, it’s Bomi’s 27th birthday, with the time zones. So while this post originated as the first in a feature — an idol hall of fame — let’s stay focused on the birthday girl for now, because there’s a lot to cover. … END_OF_DOCUMENT_TOKEN_TO_BE_REPLACED 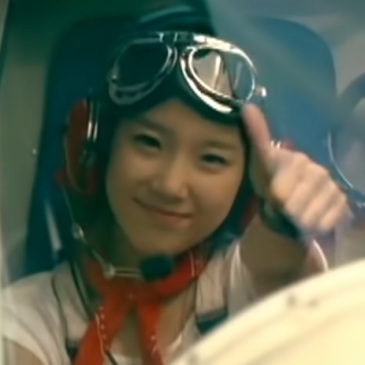 Yes, this is the absolutely definitive top five K-pop songs of all time, according to someone who’s been listening to K-pop for, like, a year. I trust that this list will evolve as I continue on in my Koreaboo journey, so maybe I’ll make it a recurring feature. There’s just something about this music that makes me want to surrender to hyperbole, to shout superlatives and classify things as number one best, not to evangelize but simply to accurately express my feelings. And this isn’t a one-way thing, man. I need to know your top K-pop songs, however you reach me. Email, Twitter, a thrown brick upon the temple, message wrapped around it. Two notes before we begin: first, I’m doing one song per group, so that this doesn’t become a Red Velvet show. And second, you may be frustrated to discover that all these songs are by girl groups. Whenever I say “K-pop,” you know, on the street, a brick in your hand, that’s pretty much what I’m talking about, though that obviously makes for somewhat serious omissions. Whatever! Everybody ready? … END_OF_DOCUMENT_TOKEN_TO_BE_REPLACED