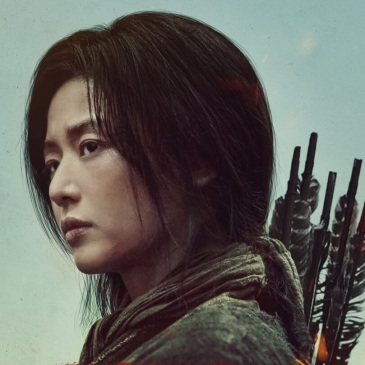 First and foremost, congratulations to WJSN for winning Queendom 2, though the real winner of course was Taeyeon, filling in for Lee Da-hee. I got into Girls’ Generation a bit sideways, so I’m only now reconciling with the scope of Taeyeon’s celebrity. For anyone else who doesn’t fully understand, Taeyeon is an idol for idols. I’ve seen a number of other idols talk about how cool it would be to one day meet Taeyeon, and I saw Bomi all nervous before being in the same room with her. That’s one thing I’d love to really get, the X factor of knowledge that might come from growing up with all that pop culture. The implicit things like Taeyeon’s godliness or what do Koreans reference in their day-to-day? I’ve picked up on some of it, like references to White Tower or The World of the Married? Anyway, speaking of K-dramas, what was interesting about Queendom 2 for me was Bona’s return of the king, where she joined her group after having missed more than half the show due to Twenty-Five Twenty-One. … END_OF_DOCUMENT_TOKEN_TO_BE_REPLACED 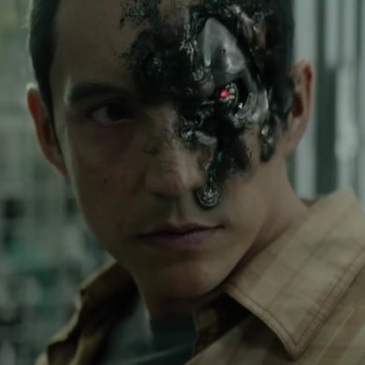 This year I finally got around to checking out Terminator: Dark Fate, which had not been in the cards. I remember meeting up with a friend in Los Angeles and he said, “Why don’t we go see Terminator sometime?” and I replied, “Yeah, I don’t know. Next movie I see in theaters is gonna be The Lighthouse.” Well, joke’s on me, because I still haven’t seen The Lighthouse. I think I may have shared the apathy of the moviegoing public which rejected Dark Fate, something that had been building. I saw Salvation in theaters and enjoyed it, nearly saw Genisys in theaters but went to the wrong theater and didn’t give it another try. Saw it later and, of course, it sucked. As has been documented elsewhere, the prospect of “the third-best Terminator” wasn’t compelling enough. … END_OF_DOCUMENT_TOKEN_TO_BE_REPLACED 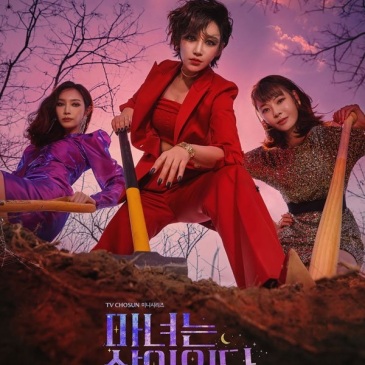 The Witch is Alive is the show that Lee Yu-ri cut her hair for, and what makes it unique for me is it’s one of those “first-sight purchases,” or whatever the real term is. The only reason I watched Twenty-Five Twenty-One is because it was the same team as Search: WWW, and the only reason I watched Search: WWW is because of Lee Da-hee. And all the K-dramas I’ve watched and all the ones I’ve loved, it’s never been the premise itself that hooked me. Or even the poster, but I got an eyeful of the one above (POV: being disposed of) and knew everything was gonna be alright. … END_OF_DOCUMENT_TOKEN_TO_BE_REPLACED 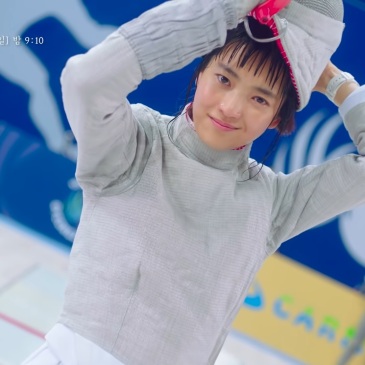 I have to stress that Twenty-Five Twenty-One is beautiful. Of course, there’s the delicate soundtrack, and the story itself is people rebuilding themselves in the wake of economic recession, but I honestly, chiefly, mean the visuals. Where I’d expect any ‘90s-set period piece made 30 years later to desaturate, the colors of Twenty-Five Twenty-One are boosted. Grass is green, the gym is orange and red, the night sky is blue, and Na Hee-do actually gets orange and pink with emotions. I’ve already covered the camerawork, but there’s also the editing, like that small moment in episode nine where Coach Yang beckons Hee-do with a quick gesture and we punch in on it for just a second. It’s a super-confident production, and while that helps the big moments land, it’s also just a very pleasant watch. … END_OF_DOCUMENT_TOKEN_TO_BE_REPLACED 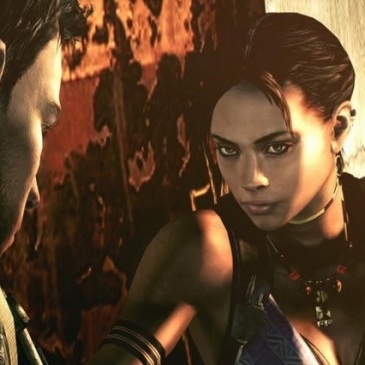 Tomorrow I’ll be booting up an old favorite, Resident Evil 5, to play with a friend over online co-op. This game has remained significant to me for two reasons: one, it was probably the last title from my golden age of video games, back when it was couch co-op. My buddy and I had done … END_OF_DOCUMENT_TOKEN_TO_BE_REPLACED 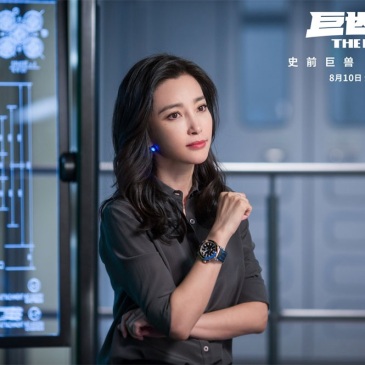 To my mind, Li Bingbing’s appearance in the good old-fashioned, all-American movie The Meg was conspicuous, only another in a line of conspicuous Chinese faces in Hollywood films. This week, it was reported that she won’t be returning for the sequel. Good. We talked briefly about Li Bingbing for our look at the historic and folkloric warrior women of China, as she played a staple character originating in literature, the White-Haired Witch. Of course, she played that character in The Forbidden Kingdom, and she was a bad guy witch. That’s the rare case where you have to cast Chinese actors in Chinese roles, and they did, for the most part, going so genuine-article that they overlooked Chinese-American talent. Bingbing was already an established star, racking up industry awards since the late ‘90s, but it wasn’t until 2011 that she began her Hollywood career proper, with Snow Flower and the Secret Fan, costarring with Jun Ji-hyun of all people. From there it was Resident Evil: Retribution as Ada Wong, Transformers: Age of Extinction, and The Meg in 2018. … END_OF_DOCUMENT_TOKEN_TO_BE_REPLACED 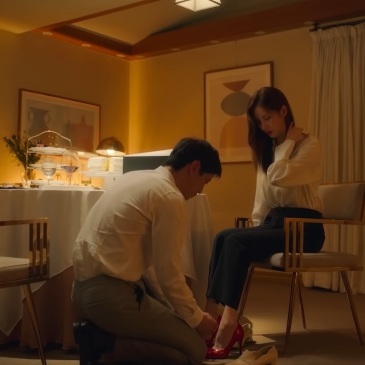 This month, I’m joined by regular QNA cohost Donovan Morgan Grant for a spoiler-filled and plot-summary-free discussion about recent Netflix release Love and Leashes, our own private movie event of the year. Which of us blinks first and discloses their sexual proclivities? Given that the shock of this movie is its novelty as K-drama, is it actually a major step forward for fictional women in the workplace/bedroom? And if so, can we say that it’s then a step forward for even non-fictional women? … END_OF_DOCUMENT_TOKEN_TO_BE_REPLACED 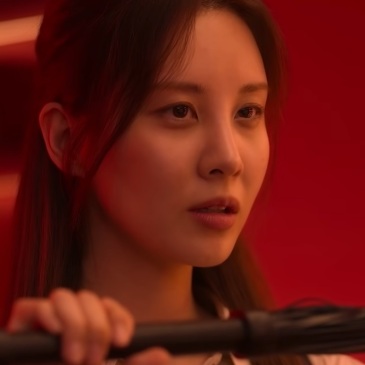 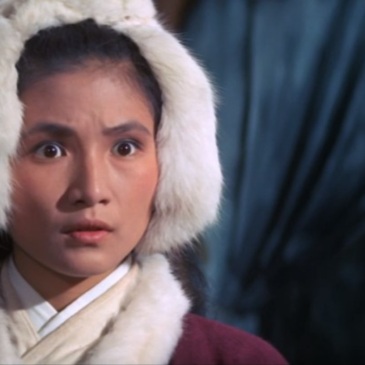 There’s a scene where the heroine Yun enters a tavern and all the patrons look up from their tea and wine and my heart sank a little. What are they seeing? What are they thinking? There’s no spark, no grin threatening on Yun’s face at the realization she’s the baddest guy in the room. The problem is that Yun is played by Cheng Pei-pei, and this is a woman who doesn’t just walk into a tavern. Her debut character, Golden Swallow in Come Drink with Me, exuded such an aura of mystique, a gravity I’m missing in The Shadow Whip. What we have, then, is a study in functional direction, and how imprecision can be ruinous. … END_OF_DOCUMENT_TOKEN_TO_BE_REPLACED 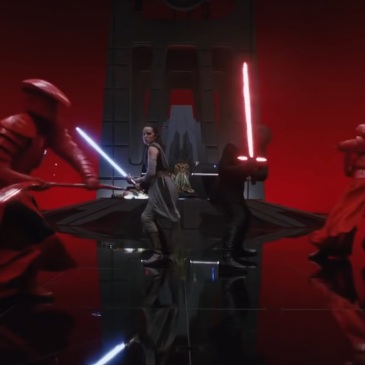 This sequence begins with the dialogue preceding the action. Supreme Leader Snoke has our heroine Rey in hand, and he’s confident that padawan Kylo Ren will strike her down (which doesn’t usually have consequences, as I understand it). The villain chatters on about destiny while Kylo surreptitiously turns the lightsaber toward him, a tense scene culminating in the shock of Snoke’s assassination. Rey and Kylo barely have time to make eyes because now the Praetorian Guard have been activated. … END_OF_DOCUMENT_TOKEN_TO_BE_REPLACED